There are two main reasons I’m writing this series, which is so very personal and tender to my heart:

1. For me: I’m doing this for posterity’s sake more than anything, so bear with me if this feels long and arduous.        2. For you: The secondary reason for posting this is so that I can share our story with others.

This blog is not much of a platform, but having been deeply affected by the words of others, I figure I might as well add our story to the mix of blog posts about fertility and the struggles that come with it.

I work well with timelines, so I guess I’ll organize it as such.

Thanksgiving 2009
We had been married for about a year and a half. 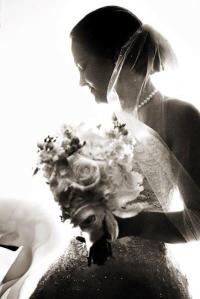 At this point, I had already had a laparoscopic surgery in 2007 to remove a benign mass on my left ovary, at which point they also confirmed that I had endometriosis. I knew before we got married that it would most likely be difficult to get pregnant, but in a very general, gray-around-the-edges kind of way – not in any specific terms.  I guess, as a defense mechanism, I had come up with the idea that I didn’t actually want to have any children, so that if I couldn’t, it would somehow hurt less (which is not the case, let me assure you).

I actually had a dream about having children.

{I have written about this on the blog before, I think, but on rare occasions, I have prophetic dreams, during which God usually reveals something important to me or someone near and dear to me.}

During this dream, I was face-to-face with God (although upon waking, of course, I couldn’t remember His face, merely His presence). We had a conversation about children and family, that concluded with a most memorable phrase from Him:

They are My children, every one of them. You are the vessel, but they are Mine and I have great plans for them. I have a time for them to be born that may not even be about you or your “time” for children, but they are Mine, and I will call them forth at the right time.

This is so memorable to me, because just 8 months earlier, I had had a similar dream, but the mother in question was my dear friend Hannah. The Lord told me she was pregnant the very night before she called to inform me of her good news. This Thanksgiving Dream was almost identical, word-for-word, but He was specifically speaking to me, calling me into motherhood.

I wasn’t ready. We weren’t ready. I wanted more time. Grant and I hadn’t even talked or prayed about it. What on earth would we do? How would we afford it? How would the timing work out? Could we squeeze in one more fun vacation or trip abroad? How would it all work? Would I have to quit the non-profit work I loved before ever really entering into my Librarianship field? What about me? My plans? My time? My will?

The questions were endless and He left me with no response, except one very vivid dream.

I was completely resistant to the idea for every single selfish reason anyone has ever had. I had to think and pray through even processing the dream, because honestly, I was so angry at God that He would ask so much of me without much warning –

Change everything? Cut the honeymoon phase short? Ruin all our plans and saddle us with a whining, crying, expensive responsibility? Are You kidding me? {or that’s how I viewed it at the time}

If you know me at all, you know that I am most like a light switch: I’m either ON or OFF. I prayed that God would change my heart, change my mind, make me open to His voice, His plan, His call.

Miraculously, He did just that.

I went from not wanting any kids at all (or at least any time soon), to wanting at least 4-6 kids immediately. Poor Grant 😉

I told my beloved husband just before Christmas, and chaos ensued.

What are your thoughts? Cancel reply